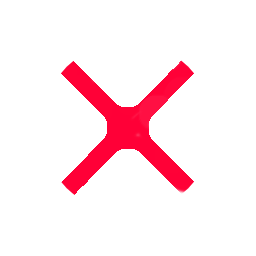 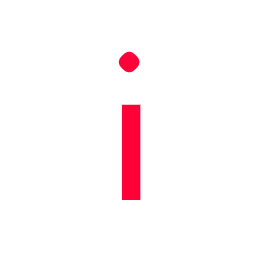 In this programme we celebrate our waste and street cleaning services who were nominated as amongst the top 10 best performing in the UK, we announce a new social activity hub in South Normanton, we take a look back at the St Luke's Christmas Tree Festival in Whaley Thorns and give people the chance to join the exclusive 365 household deal at our Go! Active leisure facility.

In this programme we celebrate our waste and street cleaning services who were nominated as amongst the top 10 best performing in the UK, we announce a new social activity hub in South Normanton, we take a look back at the St Luke's Christmas Tree Festival in Whaley Thorns and give people the chance to join the exclusive 365 household deal at our Go! Active leisure facility.

In this programme we feature Bolsover Drama Group, visited Alex Peake from Shirebrook who become the first to achieve both the bronze and the silver awards under the iDEA scheme, we see how the Tibshelf Neighbourhood Plan is going, we take a look at a course that is helping children to ride their bikes and we have some festive cheer at the Barlborough Methodist Church Christmas Party.

In this episode we talk to Carr Vale FC about setting up a new ladies team, we attended the popular Bolsover Lantern Parade event, we visited the new Morrisons store in Bolsover, a new show home has opened at the Keepmoat housing development in Shirebrook, a business in Barlborough has been fined £40,000 for food hygiene offences and we round up some of the Christmas events taking place across the District over the next two weeks.

In this episode we talk to the Clowne and Barlborough Walking Group, take a look behind the scenes at a Lantern Making Workshop, tell you about two new electric vehicle charging points being installed at the council offices, remind residents of the green bin suspension over the winter period and we attended the Louise Smalley Charity Walk presentation evening.

In this episode we visit the Armed Forces charity SSAFA, we talk to the Freedom Project, we see what a regional award means to Creswell Crags, we speak to the manager of the new Morrisons store in Bolsover and look forward to the Bolsover Lantern Parade.

In this episode we take a look around Pinxton visiting the high street to talk to some businesses, saw a blue plaque unveiled for John King the inventor of the mine cage detaching hook, which is credited with saving the lives of many miners and is still in use today, visited the Pinxton community gym, took a stroll to Pinxton Wharf and saw what else the village has to offer.

In this episode we visit 2Shires Credit Union to see how they can help people manage their money better, we see how Doe Lea Resource Centre is bringing old instruments back to life, a disused building in Whitwell is to be bought back into use, a new dog walking club has been launched in Hillstown, Elmton has proved why it is blooming lovely after being voted the Best Small Village at the recent ‘In Bloom’ award and residents in Pinxton enjoyed some tasty treats recently as part of the MacMillan Coffee Morning.

In this episode we visit Pleasley Pit to see what they are going to do with a £164,000 grant, we talk to a 9-year old from Clowne who saved her friends life on holiday, South Normanton is hosting Pick n Mix activity session for the over 50s, we take a look at the age old tradition of archery with the St Sebastian Archers in Bolsover and we see what events are taking place over the next two weeks.

HS2 - the social and economic impact upon Bolsover District

A short documentary highlighting the social and economic impact of the proposed HS2 on Bolsover District. Interviews were undertaken with local residents, businesses and HS2.

Bolsover is open for business

Bolsover District lies across the M1 motorway giving access to 2.1 million people within an hour's radius. We are close by to major air and rail networks and have multi national businesses within our area. We would like to welcome you to locate your business in our district and take advantage of our fantastic start up support, travel networks, unique catchment area of local universities for the next generation and diversity of building area potential. For more info please contact us on info@businessbolsover.com We are open for business.

Bolsover TV has been launched by Bolsover District Council. We make a fortnightly programme about what’s happening in the area that promote our communities, attractions, groups and businesses.

We also create fab films aimed at keeping our local residents informed, promoting what is going on within our local communities, attracting visitors to the area and encouraging businesses to invest in our district.

Launched in March 2019, our aim is to spread the word about how great Bolsover District is and what a great place it is to live, work, visit and play. Take a look at our television programmes and videos to date and if you are a community group, a business or an attraction that shares our aim of promoting our amazing district, get in touch!